Kumkum – Ek Pyara Sa Bandhan was an Indian television soap opera that aired on STAR Plus channel. It is one of the longest and best shows the channel has seen. The show aired from Monday to Friday at 1.00pm in India/U.S. and 10:30 am in the UK. Although it was an afternoon soap, certain tracks of Kumkum gained more TRPs than a prime time one. The story took some concepts from some popular Balaji Telefilms soaps such as Ghar Ek Mandir, Kkusum and Kutumb and towards the end it even introduced popular Balaji Telefilms faces Hiten Tejwani and Gauri Pradhan Tejwani in the story. The soap ended on March 13, 2009. This show is ranked number 4 on the list of STAR Plus top 10 shows of all time. It is India’s fourth longest running serial. The story falls under family-drama category but can be called more as the love story of the two main characters, Sumit–Kumkum. Sumit–Kumkum are considered to be one of STAR Plus’s most favourite couples. A huge part of the success of the serial was credited to the chemistry shared by the leads: Hussain Kuwajerwala and Juhi Parmar. 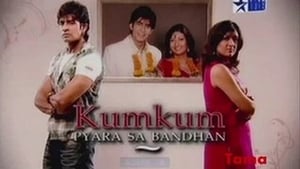 Hum Tum and Them

The Wolf of Wall Street